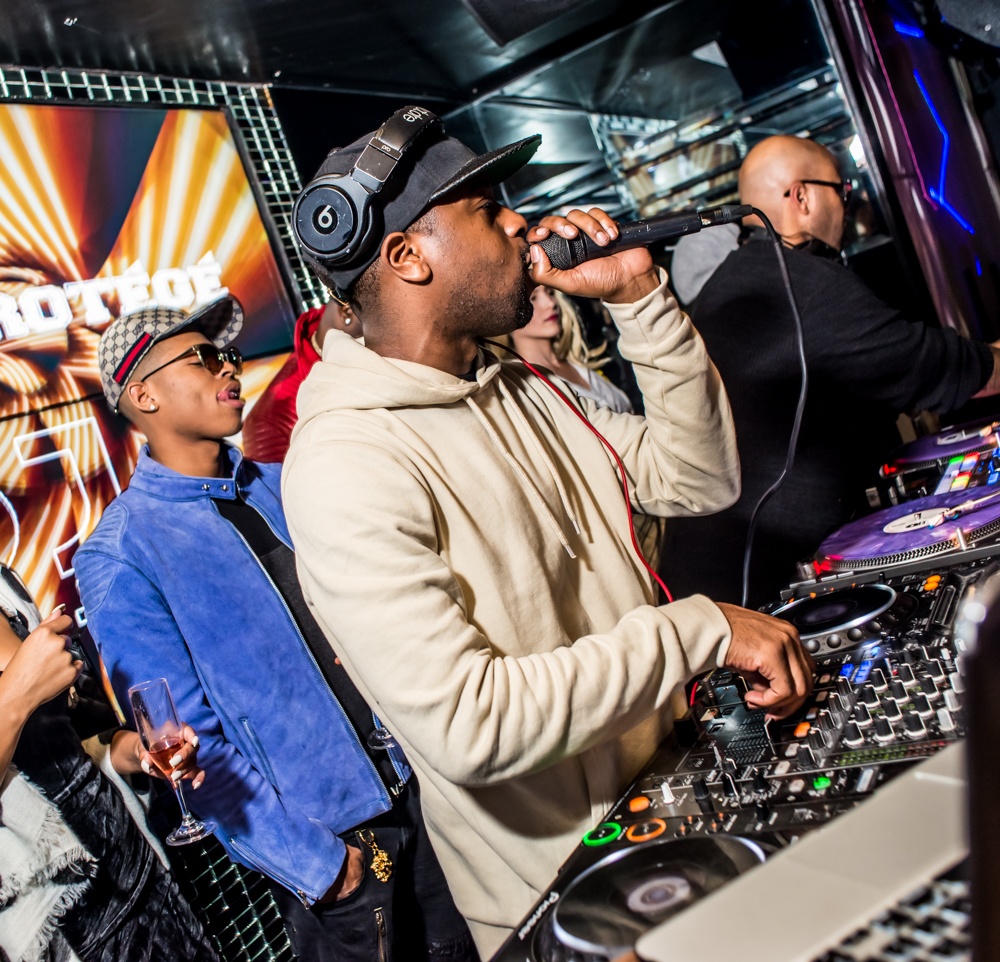 DJ Mile High is one of Chicago’s newest up and coming club DJ’s. DJ Mile High has been rocking the club scene around Chicago spinning House Music, Hip-Hop, R&B, Grown & Sexy Steppers Music and Reggae Music for over three years. DJ Mile High began his music career as a drummer in elementary school.

Always heard beating sticks on anything he could find, he competed in percussion competitions, won several music awards and started a jazz band before graduating elementary school. He continued as a jazz percussionist in highschool and held down the beat performing on the drumline in college. As a music and technology major in college DJ Mile High showcased his skills by D’Jing college parties on the weekends. After graduating college he enrolled in the Scratch DJ Academy and is currently one of the lead d’j instructors and mentors at the academy.

DJ Mile High is known for his strong skills in selecting the next tune to get the crowds “turn-up” at the club. He is known for adapting his music to the need of the crowd and for rocking the mike at two or three clubs per night. DJ Mile High has worked alongside popular Chicago radio personalities from hip-hop radio station WGCI in Chicago and was asked to represent the radio station at the BET Awards blogging and interviewing various hip-hop and R&B artists. DJMileHigh was also provided the opportunity to work as a sound technician for the Capital City Jazz Festival in Maryland and as a guest DJ at Lollapalloza in Chicago. He also has provided the beats for new rap artists and spoken word artists.

DJ Mile High is a respected up and coming DJ in Chicago and is frequently asked to open or close sets for DJ Sean Mac, and DJPHARRIS. His ability to blend, scratch, beat match and use the microphone allows him to bring the party to you, wherever you are.

Please read before you book…!

I have entertained guests at over 5000 events since 2013. My clients have come to expect the very best in quality entertainment and production for private events, clubs, and concerts